The US State Department just issued its 2017 report on International Religious Freedom in about 200 countries, including Turkey, Azerbaijan, and Armenia. This week, we will focus our attention on the section on Turkey. 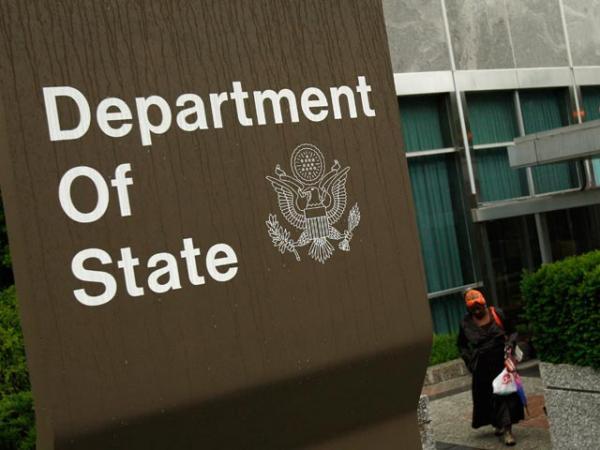 In general, all religious groups that are not Sunni Muslim suffer from discrimination and persecution in Turkey. Alevis, who constitute over a quarter of Turkey’s population of 81 million, are viewed by the state as “Heterodox Muslims” whose houses of worship are not recognized. Anti-Semitic articles vilifying Jews are frequently published in Turkish newspaper. Pres. Erdogan constantly provokes the public by his Anti-Israel rhetoric.

The State Department reports that “Religious minorities said they continued to experience difficulties obtaining exemptions from mandatory [Islamic] religion classes in public schools, operating or opening houses of worship, and in addressing land and property disputes. The government restricted minority religious groups’ efforts to train their clergy…. [Islamic] religion classes are two hours per week for students in grades four through 12. Only students who marked ‘Christian’ or ‘Jewish’ on their national identity cards may apply for an exemption from religion classes. Atheists, agnostics, Alevis or other non-Sunni Muslims, Bahais, Yezidis, or those who left the religion section blank on their national identity card may not be exempted.”

Approximately 90,000 members of the Armenian Apostolic Church live in Turkey, of which 60,000 are citizens and 30,000 are migrants from Armenia without legal residence. The U.S. Report states that “children of undocumented Armenian migrants and Armenian refugees from Syria” could attend public schools. “Because the government legally classified migrant and refugee children as ‘visitors,’ however, they were ineligible to receive a diploma from these schools.”

The Turkish government, as required by the 1923 Lausanne Treaty, grants a special status to “non-Muslim minorities” (Armenian Apostolic Christians, Jews, and Greek Orthodox Christians). However, according to the U.S. Religious Report, the government does not acknowledge “the leadership or administrative structures of non-Muslim minorities, such as the patriarchates and chief rabbinate, as legal entities, leaving them unable to buy or hold title to property or to press claims in court. These three groups, along with other minority religious communities, had to rely on independent foundations they previously organized, with separate governing boards, in order to hold and control individual religious properties. The foundations remained unable to hold elections to renew the membership of their governing boards because the government, despite promises to do so, had still not promulgated new regulations to replace those repealed in 2013 that would have allowed the election of foundation board members.”

Nevertheless, “The Armenian Apostolic Patriarchate and the [Greek] Ecumenical Patriarchate continued to seek legal recognition, and their communities operated as conglomerations of individual religious foundations. Because the patriarchates did not have legal personality, associated foundations controlled by individual boards held all the property of the religious communities, and the patriarchates had no legal authority to direct the use of any assets or otherwise govern their communities,” the U.S. Report states.

The Turkish government also obstructs the election of a new Patriarch for the Armenian Church in Turkey to succeed the incapacitated Patriarch. The U.S. Report states that “in March [2017] the Istanbul governor’s office suspended a decision by the Spiritual Assembly of the Armenian Patriarchate to elect a trustee to start the process for the election of a new patriarch. Incumbent Patriarch Mesrob II remained unable to perform his duties because of his medical condition, and an acting patriarch continued to fill the position. Some members of the community criticized the governorship’s notification as interference in the internal affairs of the church. Patriarchate sources said the government later recognized the March election to elect a trustee. In July the elected trustee applied to the government to hold the patriarchal election in December. At year’s end, the community had not received a response from the government about how to proceed with the patriarchal election.”

According to the U.S. Report, “Religious communities continued to challenge the government’s 2016 expropriation of their properties damaged in clashes between government security forces and the terrorist group Kurdistan Worker’s Party (PKK). The government expropriated those properties for their stated goal of ‘post-conflict reconstruction.’ By the end of the year, the government had not returned or completed repairs on any of the properties, including the historic and ancient Sur District of Diyarbakir Province, Kursunlu Mosque, Hasirli Mosque, Surp Giragos Armenian Church, Mar Petyun Chaldean Church, Syriac Protestant Church, and the Armenian Catholic Church. In April the Council of State, the top administrative court, issued an interim decision to suspend the expropriation of Surp Giragos Armenian Church.”

Armenian and other religious minority foundations had submitted 1,560 applications since 2011 for the return of their properties confiscated decades ago. The government returned only 333 properties and paid compensation for 21 others.

The U.S. Report also states that “various self-defined Islamist groups continued to threaten and vandalize Christian places of worship. In September an unidentified group threw stones at the Armenian Surp Tateos Church in the Narlikapi neighborhood of Istanbul, breaking windows. Some witnesses said the attackers shouted anti-Armenian slogans while a baptismal ceremony took place inside. In September the president of the Surp Giragos Armenian Church Foundation said unidentified looters had burglarized the church in Diyarbakir multiple times, despite a continuing curfew in the area.”

As expected, the Turkish Foreign Ministry rejected the U.S Report of the violations of religious rights calling it “a repetition of certain baseless claims.” However, the repetition confirms that there has not been an improvement in the protection of the religious rights of minorities. The Turkish government has continued to blatantly ignore the rights of Armenian, Assyrian and Greek religious minorities, as well as Jews and Alevis.

As an indication of the reign of terror prevailing in Turkey under Pres. Erdogan, the religious leaders of the Jewish, Armenian Apostolic, Armenian Catholic, and Syriac communities felt obligated to issue congratulations last Sunday for the re-election of Erdogan, the tyrant of Turkey!